Bresse race track was the place to be last weekend as it was home to the opening round of the French Supermoto Championship. A brilliant event, perfect wetaher conditions, and very good results in S1 class with Sylvain Bidart and Laurent Fath both on the S1 podium. The opening race of Luc1 Cup was also a success, with a very good atmosphere and already quite a few gifts for the riders.

Sylvain Bidart S1 #64: “It is a good first weekend for the season. I am going home with a win. It is not entirely satisfactory because Thomas Chareyre was actually leading for the entire weekend, even if I managed to battle with him a bit during practice sessions. Today he was clearly better, but in the last lap of the last race I found myself leading because his engine failed. This is part of the game though, it is motor sports for you. My speed is not too bad, I managed to keep up with Thomas at the beginning of both races. I have to say I did not train as much as I would have liked to over the winter, so I have to get into the swing of things again.”

Laurent Fath S1 #98: “First race, first podium… I would never have hoped. It is my first actual supermoto race. I have to say I had a few expectations, because I wanted to do good, but I would never have thought I would end up third. I think this is a good sign. In the first race I did not start out too good, I was stuck on the outside, so I think I was in eighth place after the first corner. I manged to pass a few riders but I was stuck for the remainder of the race behind a rider – it was a bit frustrating but it did teach me a few things.In race 2 I managed to do what I wanted and i finished third. For me really this season is about training, so i will take each race as it comes. I am enjoying each moment. I really liked riding the Honda over the weekend, it felt good. the atmosphere in the team is just great, everyone gets along really well, and there is a true team spirit. It is just awesome, you just wanna ride 100% so that our partners and everyone are happy with our results.”

Germain Vincenot S2 #11: “This first race was a bit complicated for me. It started rather well, I got the third best lap time in timed practice, but in race 1 I crashed at the start with another rider, and my head hit the asphalt pretty hard. It took me some time to get back up on the bike and go get some points with a 10th place. Then in race 2, there was a good fight despite a lingering headache for me. I managed to finish third. I was happy with my speed, this bodes well for the rest of the season. I used up a wild card, I am aware of this. I let quite a few points go, that’s the way it is. It do not think it will reflect the rest of the championship. I still think this is positive because the bike was really good, the setup was good, it felt good riding it. i am not too worried about the rest of the season.”

Ludovic Lucquin: “First weekend of the season under superb weather conditions, with a brilliant organisation. Everything was done to make sure we were in the best possible conditions. For the races, in S2 class it is disappointing for Germain. We had worked hard over the winter and he was in good shape to go get some results. He was the fastest in timed practice until about 3 minutes from the end and he finished third. In race 1 he crashed heavily at the start, it took him some time to get back up, he had to come to the pit lane because his goggles had been ripped off, he gets back up to 10th place and scores a few points despite all of this. He really was focused on seeing it through. In race 2 he did a good start, he even managed to lead at some point, there was a big fight, he made a few mistakes and finished third. He was not in the best conditions after his crash. We will see what happens at the next race.
In S1 class, I am really happy with the results. Sylvain is on the podium, and even if his win is due to Thomas’ engine failure, Sylvain managed to keep up with him at the beginning of each race, it is good training. The surprise came from Laurent, who was really impressive. He was patient, he soaked in everything we said. I asked him not to be too eager, to follow the others and to learn, because it was all new to him. He did everything perfectly and ended up on the box. I am thrilled because he’s young and he’s a good recruit for the future. This season is all about training for him, and it could not start any better.
Finally I am really pleased with the launch of the Luc1 Cup, the new Honda brand cup. Both races were really exciting, the riders are very happy. The atmosphere is great, and quite a few gifts have already been won by the riders! ” 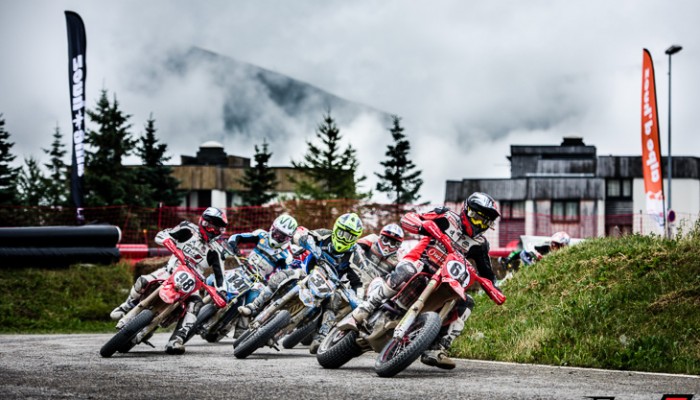 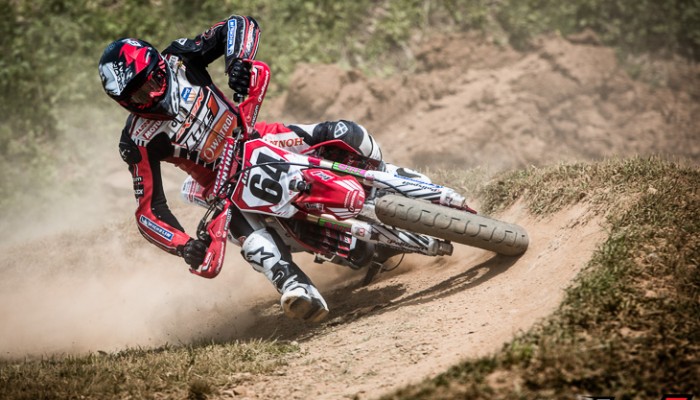 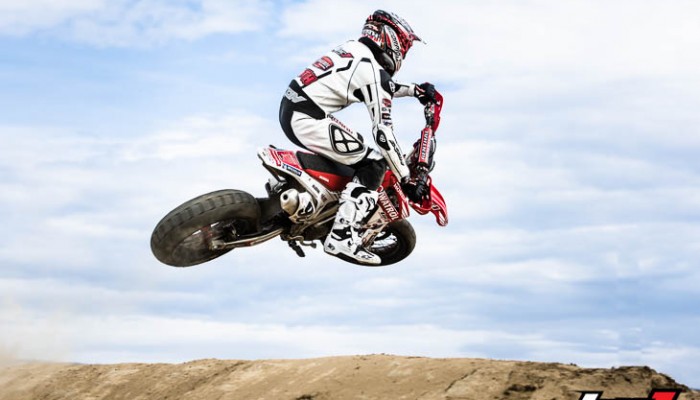